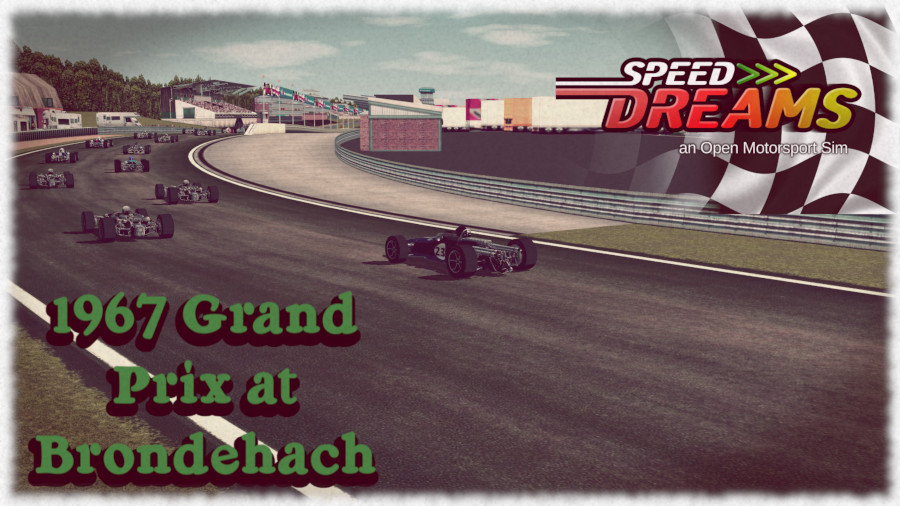 Hi all!
We are here to bring you once again a summary of the work that we are doing on in our/your project since the last publication this Christmas. Before we start listing the changes, we would like to announce that we have integrated Chad3006 as an official member of the development team. As you know, this prominent member of the Speed Dreams community has collaborated with us on many occasions in the creation of new cars for the game. Welcome Chad! We now go to the development report:

Remember that many of these changes are still under development and are likely to be buggy. You can test them if you want by compiling the latest trunk code …And of course, like in the last updates we have a new and special Speed Dreams video for you. This time, and given that a lot of work has been done in the 67GP category, we will race those great cars from one of the golden ages of motor racing, and for this we will go to the south of England, to our Brondehach circuit. We hope you like it:

If you prefer, you can watch this same video at LinuxRocks Peertube.