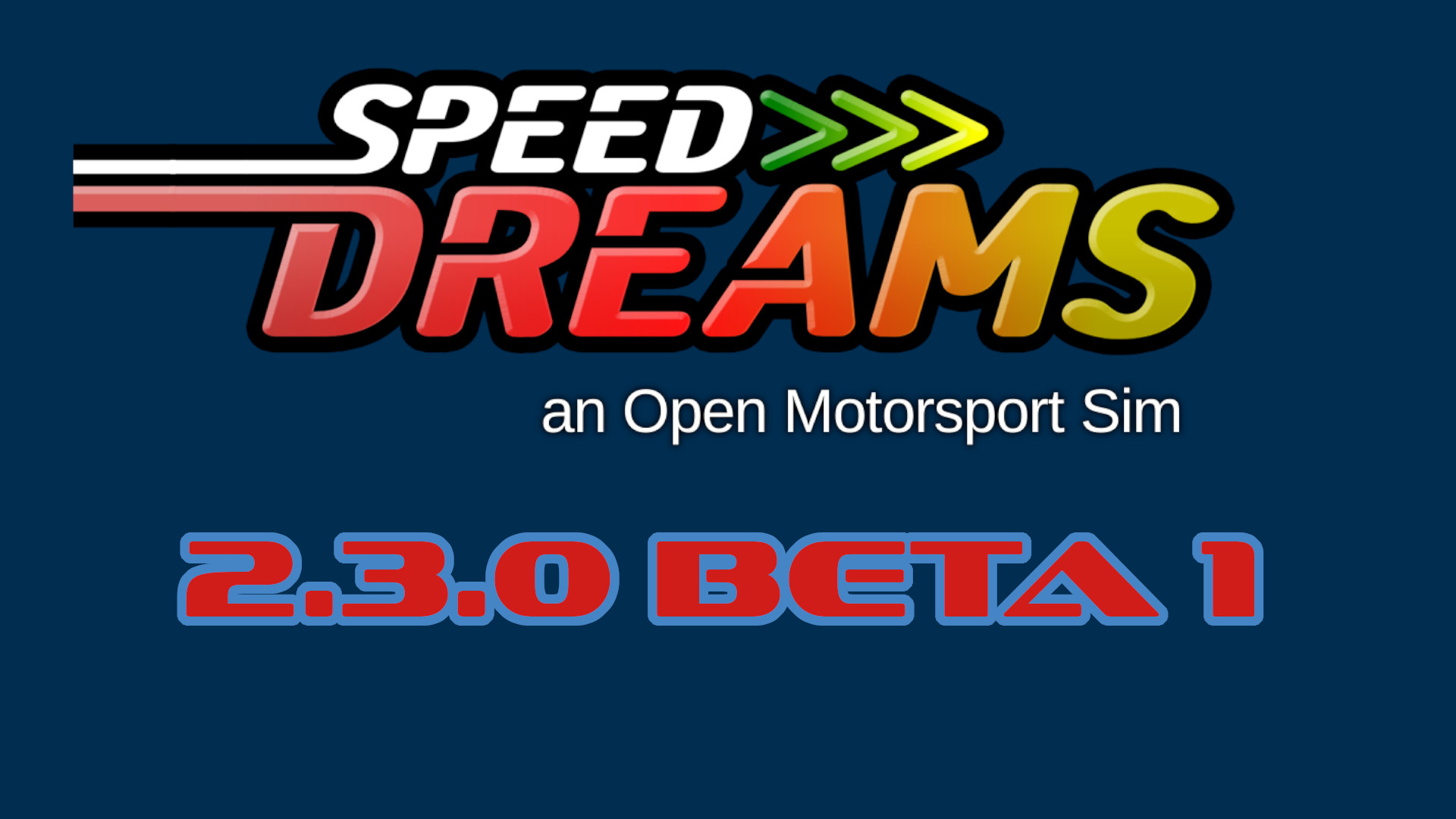 After lots of commits since the last stable release we have the first Beta of what will be the next 2.3.0 release. As you can see in the changelog we have been working hard to bring you a lot of new features that we hope you will like, but the road to the final release is not yet complete and we need your help testing this beta, and if you find bugs, which you will, please report them using the links below:

We would also like to tell you that we have something new for Windows users, and that is that you can now download a full installer of the game, with all the official content, in addition to the usual installers.

You will find the files for this new beta 1 for Windows, Linux and Mac, as always on our Sourceforge site:
https://sourceforge.net/projects/speed-dreams/files/2.3.0/2.3.0-b1/

And now you can see a new Speed Dreams video on the new Melbourne track. We hope you like it: